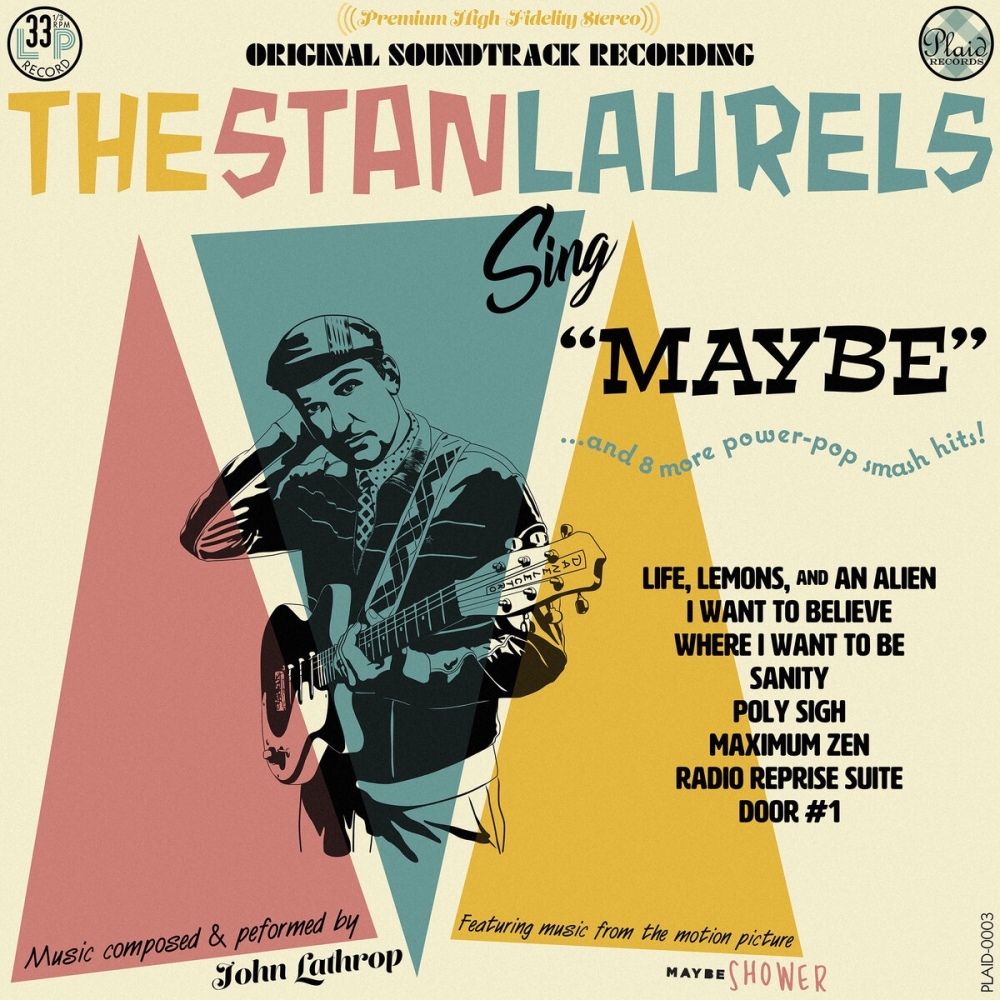 MAYBE is the third full-length studio album by John Lathrop as The Stan Laurels, containing songs featured in the motion picture MAYBE SHOWER.

With MAYBE, Lathrop has created something special and original: a film soundtrack that is also a pure stand-alone rock record. The lyrics are centered around characters and themes in the fictional MAYBE SHOWER universe, but one does not need to know the movie to appreciate or understand the music. Paying homage to his power-pop and rock heroes, this is Lathrop’s heaviest album yet, full of loud, crunchy guitars, big hooks, pounding drums, space-age synths, and melodic guitar solos, while still being as poppy as ever. The LP is also unique in that it’s The Stan Laurels’ first release on vinyl!

When one person is doing everything on a record, although it can be tedious, it is also incredibly rewarding. I think the most fun part was how fast these songs came. This album kind of just poured out of me, faster than any album I had done previously, and it was crazy/cool!

At what point, during writing, rehearsing, recording, did you knew you were on to something special?

Because these songs were written for a movie (Maybe Shower), I would send writer/director Lex Lybrand bits of rough demo songs as I was writing them. The very first song I wrote was “Maybe,” the title track, which came to me really fast. It was just an idea, really, a sample of the sound I was going for. I sent the demo to Lex, not having any idea what he would think. He immediately loved it and said this is THE theme song of the movie. I was stunned by his reaction. From that point on, I knew this was the direction to keep driving in.

Do you feel part of a community, the power pop community?

For the first time ever, I do. I have loved power pop since I was born. I was lucky to have parents who listened to great music when I was a kid, and power pop was (and is) probably my favorite style. My music has always been in this vein, but with Maybe, my newest album, I finally put the “power” into the “pop,” making it what I feel is a true power pop album, and I am proud of it. People seem to have noticed this one a lot more, and having been featured in a lot of my favorite blogs and played on my favorite power pop radio shows and podcasts along with other great bands I respect makes me feel “official,” like a proud member of the power pop community.

Which is the song you wish you had written every time you hear it? And why?

There are a few … “Scarborough Fair” by Simon & Garfunkel and “God Only Knows” by The Beach Boys for sure. But in terms of power pop? I would have to say “No Matter What” by Badfinger. The beautiful melodies, the harmonies, the perfect amount of crunch on the guitars, the stops and starts and punchy accents … it’s absolute power pop perfection. Even if that was the only song Pete Ham had ever written, he’d still be a legend to me.

What would change if Disney would call and tell you they are going to use your song in their next movie?

I’m not sure much would change, other than my bank account. The music industry is so saturated now that it’s nearly impossible for small indie bands to get noticed. If an opportunity comes along with someone huge like Disney or even a cheesy commercial, it’s all part of getting your music exposed to more ears. Now, am I going to change the way I write and record music purposely to try to attract big corporations? Hell no. Never. By the way, can you give Disney my phone number? 😁 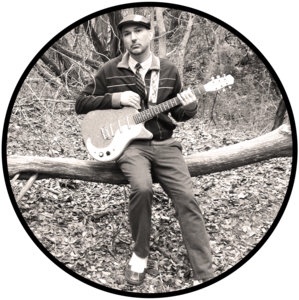