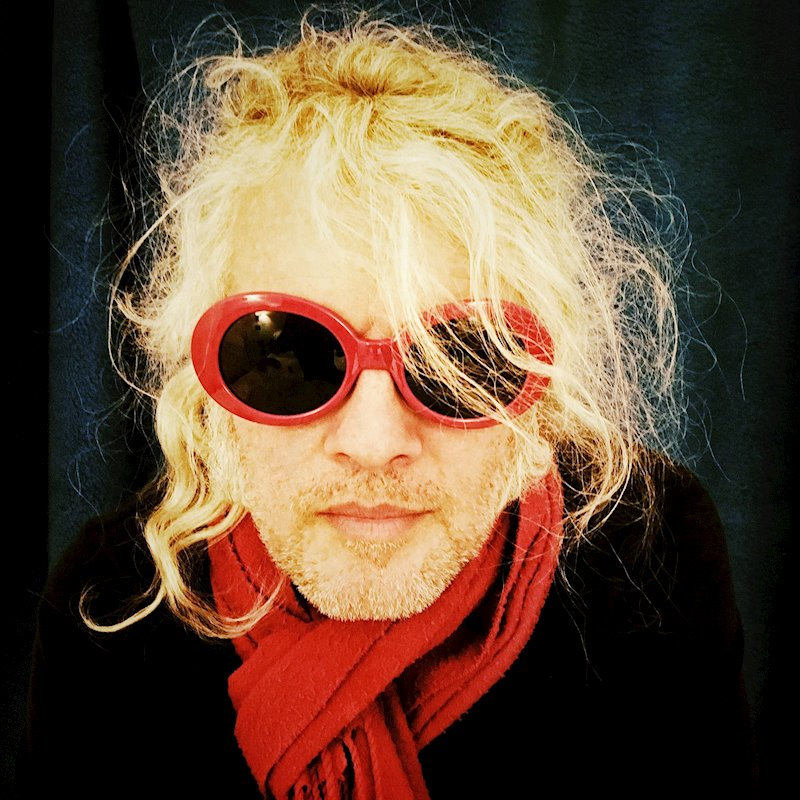 The songs are drawn from Barbeau’s songbook spanning from his teen years to the present day, but the all-new performances are fresh and immediate, and the bi-continental production is a cohesive and bracing dive into the essence of Antmusik across time.

As an artist, you chose to show your emotions to the world. Is it always comfortable to do so?

Comfortable? Sure. I think it’s essential. Like many people, I try to hold things together, put on a good face for the world. I’m not a vividly emotional person and I can crank out a fair amount of seemingly cheerful pop but I’m drawn to all sorts of music with all sorts of emotional range and I try to make sure my albums or my live sets are varied in this way. Sadness and anger and confusion and ambivalence are parts of what makes life so rich. Can you picture a world without Rick Danko singing “The Unfaithful Servant”? I don’t aspire to whatever inspired that song, but I’m grateful to feel it when he sings it. You can’t control the way people ‘hear’ your music. But if you could make them aware of certain aspects, you think, set your songs apart. What would they be?

Go back and follow along with the bass lines to “Allyson 23” and “Third Eye!” Try to count along with “Coffee That Makes The Man Go Mad.” Try to picture the ghost of my mother in “Just Passing By.” There are all sorts of tricks and odd spots in my songs that aren’t meant to draw attention, but if you notice them, they’re satisfying. I was rehearsing with a Spanish band once – we had only one day to rehearse a festival set – and the bassist noticed that all of my songs seemed to be straightforward on the surface, but that every one of them had some weird detail that required full attention. I’m not trying to impress an audience with those details, but I’m working on a few levels at once. I have a busy brain!

Playing music in front of a crowd. What’s all the fun about?

Well, depends on the gig! When it’s good, then maybe the songs feel good in my guitar hands and in my vocal throat, and the audience is both clearly pleased and surprised. On a good night, I can be funny. On a really good night, I can connect cosmic dots between buildings and planets. Sometimes the guitar makes the sounds we all live for. If there’s a grand piano in front of me, a different set of cosmic dots appear, unless I’m in France.

When was the last time you thought ‘I just wrote a hit!’?

“Manbird!” But I’ve written MANY hits that turned out not to be hits!! Still, “Manbird” and “Across the Drama Pond” both have that “Hey, this is good, right??” vibe to them. Where’re my million dollars!!?

What’s the gig you will always remember? And why?

I supported Julian Cope on a few dates each of his 2011 and 2012 tours. The first date was Brighton. The gig was a blur, but I remember getting stoned with him after the gig. Days later, Julian rang me at home – I was living in Cambridge, UK – and said, “Hey Man, it’s Julian… I know you’re moving to Berlin in a few days, but do ya wanna do Bracknell?” When Julian Cope calls you at home, you say yes to whatever the question is! Bracknell was a great gig, and the only gig I did with him where I have any recollection of my own set. A lovely theatre, great crowd. Julian’s set was special that night, and he beamed “Upwards at 45 Degrees” at me as he sang. As he said to me the first time we met, “Yeah, man… I saw you vibin’!”

Which 5 records would you bring with you for your stay on Mars?

I’m always fascinated by this sort of question because there’s the risk of burning out on a beloved record, right? And am I trapped on Mars or is it a two week holiday in space? Anyway, I’m gonna be loose here and reach for records that I imagine would turn me on every time, as they already do, and give me a feeling of forwarding motion as these already do…

Recording music. What’s all the fun about?

Everything! Making records is the best thing there is. I love the sound. I’m restless and often move a sound from its starting place to somewhere very other. I’m always trying to be a better singer, to make sure my vocals have the right feeling. I’ve recently picked up a new vocal mic and preamp, so to be able to put a warmer, less nasal Ant sound on tape. I love constructing bass parts, knocking around on the drums. Or being in the studio with a great bunch of musicians and a fine engineer, capturing that moment where everyone says, “Yep, that was it!” I can do it all myself, be my own band, but one thrill is working with known chemistries I have with others, or discovering new chemistries. Some musicians give you a reliable result every time, but others might play the perfect note on one song and play only the strangest, wrongest things the next time you get together. Maybe part of why I love recording so much is that no matter how much I do it – and I’m recording every single day, generally – I still feel like I’m starting out, wide-eyed. It’s all new every time.