If it had been John Lennon and Eric Carmen who had gathered a group of songwriters around Laurel Canyon and not, for example, Joni Mitchell and David Crosby, then ‘Dave Cope and the Sass’ could have been made in the early 1970s .

The album is completely new and now we have trouble sticking a label on it. It is pop, westcoast, rock, gospel, etc., a mix that was common at the time, now this album is a special case. But it is also special because of the diversity of the songs, which are also all of high quality.

And I will make it even more complicated, if ‘Dave Cope and the Sass’ is ever transformed into a musical then it won’t surprise me either.

Your music gets compared to Big Star and The Raspberries. Were that your musical influences for this record?

This record was influenced by events and developments in my personal life guided by the musical aesthetic of 60s and 70s British and American rock, power pop and folk music.

Specifically, some of my biggest influences through the years have been The Beatles, David Bowie, Cat Stevens, Funkadelic, The Zombies and The Kinks (in addition to Big Star and the Raspberries as you mentioned). 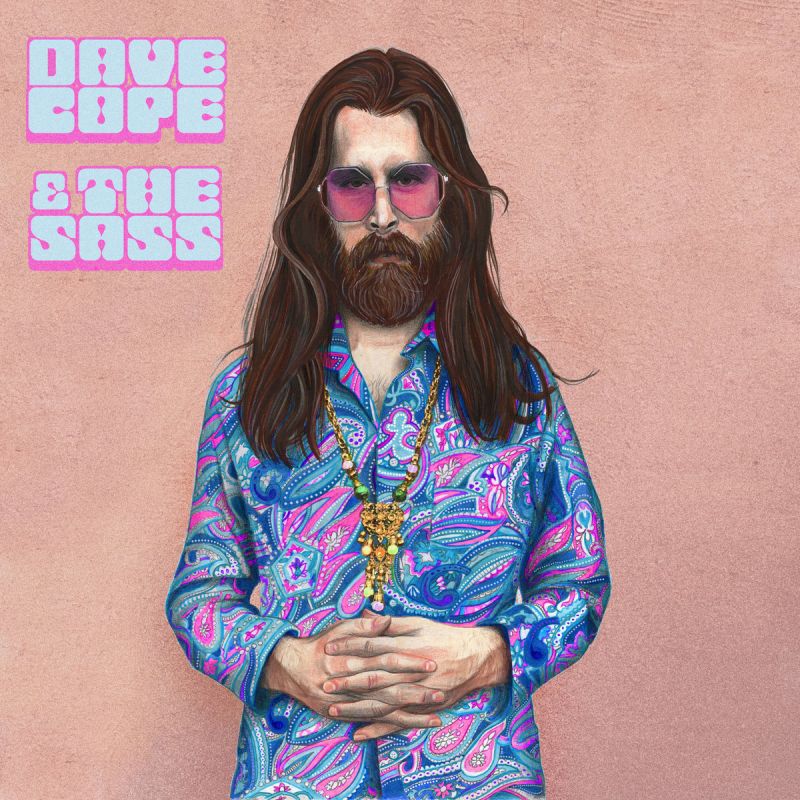 How did the album come together?

This album came together as a result of an early project I did known as Dave Cope and the English Breakfast. That project garnered great interest from a patron of the arts who basically gave us a one-album record deal to create another album similar to the English Breakfast stuff.

Most of the Dave Cope and the Sass album was recorded in my little home studio with me singing into a Neumann microphone, playing a Fender Stratocaster, a Les Paul Studio, or a Martin D 28 acoustic guitar, some bass (I play bass on a couple of the recordings), and various keyboard/midi parts played directly into Protools. After the initial tracks were completed, Ethan Rider (the bassist for most of the album) came over and knocked out his parts.

Then we went into Spice House Sound, a fabulous studio here in Philadelphia run by Alex Santilli, where our drummer, Fred Berman, tracked the drum parts ( I ended up playing drums on “High” but Fred handles the rest). We mixed the record at Spice House Sound and had it mastered by Ted Jensen. Hannah Taylor, a brilliant musician and artist living in Philadelphia did the cover art.

Seeing Things, that is such an amazing song. When and how did you realize you were up to something?

Seeing Things was written over the course of many years. I think I had the initial idea in 2008, maybe earlier, when I came up with the first part of the song. The form was different (the present chorus did not yet exist – just that first verse melody repeating over and over) To be honest, that old version was a bit boring and I wasn’t that excited about most of the tune at that moment. I left it alone for a long time.

Years later, when I came back to it, somewhat by accident, I had the proper perspective (and romantic inspiration) to finish it. So it was a combination of an initial spark that was left to simmer for a while, and the passing of time plus new muses and experiences.

Easy to imagine that Seeing Things, as From the Moment …, will be picked up by a gospel choir?

That would be very interesting if Seeing Things or From The Moment were performed by a gospel choir. I’d love to hear that! Who knows? 🙂

Now you get picked up by the Power Pop community. As expected?

I’m very happy to have been picked up by the Power Pop community. I’m happy that it’s found a home among fans of music that I’m a fan of too. I’m grateful that people are listening and enjoying this music in a time when this type of music isn’t really played too much on the radio or elsewhere.

There are so many options and styles out there these days, I wasn’t sure if this album would find a home. Most of all I’m glad it’s reaching people no matter the genre in which its classified. We’re just trying to spread some love with music and are thrilled to be able to have the chance to do so regardless of how people label the style.

Does that easy-going sound come naturally to you? What will 2020 look like for you?

Sometimes the easy-going sound comes naturally. Sometimes I have to work at it to get it just right. I’ve been writing songs for a while now so I have certain techniques and methods that have been improved upon over the years. Those techniques can really help in the writing process but it’s the presence of true inspiration that can make the difference between something that’s just ok and something that’s really cool.

So sometimes it’s easy and sometimes it takes a lot of work and maybe time and perspective to get the desired result.

2020 we’re playing a lot of gigs in our area and will hopefully play out elsewhere. We’re also going to go back in the studio and do some more recording. I’ll keep you posted…we have some new singles that we’d love to get out there as soon as possible. And as always, I’ll keep writing and trying my best to make good songs.